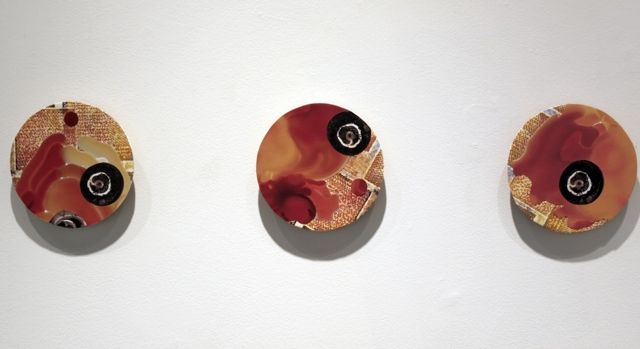 This week I had the pleasure of interviewing my studio artist friend Felise Luchansky. I asked Felise what led her to become an artist. She said as a child she loved collage and ripped into her parents magazines as soon as they’d allow her to, cutting out images and pasting them into new arrangements for her own entertainment. She was always making things out of whatever materials she could find including leaves raked into floor plans in the yard. She went to college at Rutger’s University where while she was studying art history she discovered photography. She continued her education years later taking courses at the Pennsylvania Academy of Fine Arts in Philadelphia, specifically Leslie Mitchell’s classes Work on Paper dealing with printmaking, collage and other investigations having to do with paper. 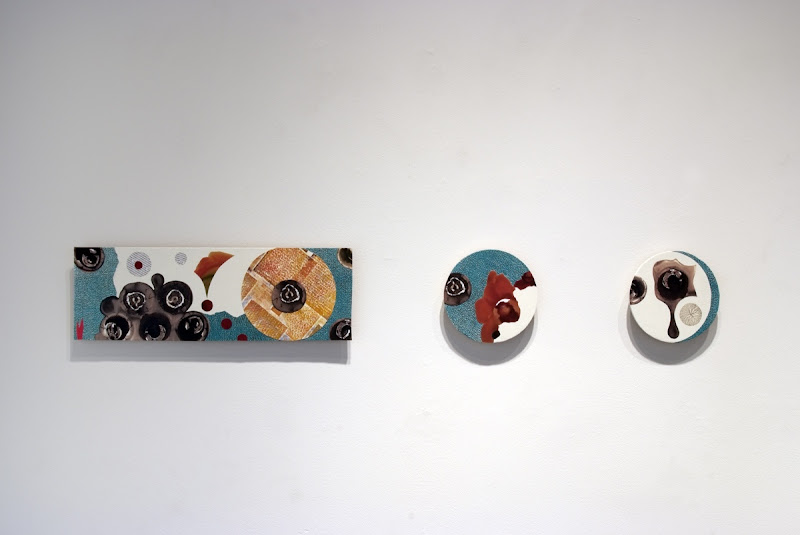 
This led right into my second question of how she came to be working in her current materials? She starts by collecting imagery; most recently this has been scanned images of nature, sea glass and melted wax. These images are often altered digitally then printed and physically collaged to form new compositions. Her current body of work is dealing with Morse code a form of communication originally created in the early 1840’s and used for early radio communication before it was possible to transmit voice. She became interested in Morse code when she watched how her son was communicating in invented shorthand when he was text messaging. The images are in the format of rectangles and circles to correlate with the dots and dashes of Morse code literally spelling out her message across the gallery walls. She’s incorporated a sound track of drumbeats spelling out the words D-E-S-I-R-E and R-E-L-E-A-S-E in Morse code. She is using altered and collaged images of melted wax for its connotation to the phrase “burning with desire” and the luscious visual qualities as well. Her work is like an invented language that resonates on many levels.

Felise is the recipient of a Delaware Division of the Arts fellowship grant for emerging artist, visual art: Work on Paper and her show titled Context at the Delaware Division of the Arts Mezzanine Gallery runs November 5th through the 25th. The reception on Friday the 5th from Friday from 5-8:00 pm. She hopes that the viewer walks away with the understanding of the concept behind the work but she likes to leave room for one’s own take on it. She is working with a good knowledge of art history and the understanding of art’s role to comment on and decipher the current social trends and that she does in a language all her own. 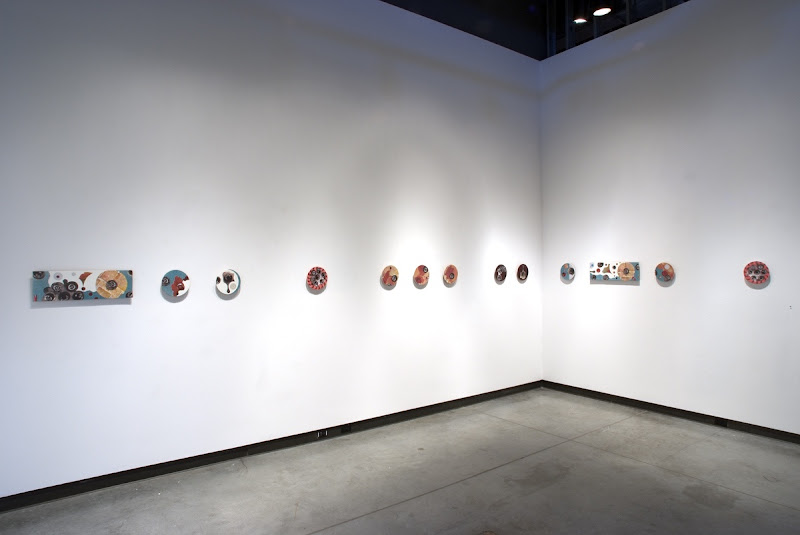 
She cites her influences as photographers that use photography as a jumping off point such as Olivia Parker, Maggie Taylor and Leslie Dill. Other influences include Jasper Johns for his use of appropriation of images from popular culture and Felise has used things such as s and h green stamps and bingo chips in her work. Robert Rauchenberg has also influenced her with his use of silkscreen which allowed him to use his images over and over. Felise has collected images for years and with digital technology she can pull them into her work and manipulate them to suit her needs time and time again.

If you miss her show at the Mezzanine Gallery you can catch this body of work in December where she will be showing with Renee Benson at the Delaware Center for the Contemporary Arts in the Elisabeth Denison Hatch Gallery. If you're interested in seeing more of her work here's a link to her website.

Posted by Linda Celestian at 10:20 PM

Linda Celestian
I received a BFA in Fashion Design in 1987 and then completed a year of post graduate study in Painting and Sculpture at Moore College of Art and Design. Nature is my inspiration but I am interested in using it to communicate universal life experiences and not just depicting what I see around me. I study nature until it becomes a part of my language when I paint, and I continue to expand my means of manipulating the paint by experimenting with pouring and ragging, and exploring new mediums such as felting and encaustic painting.